The Conservative party has been criticised for failing to suspend a former minister who was arrested after an ex-female parliamentary staffer allegedly accused him of rape, sexual assault and coercive control. 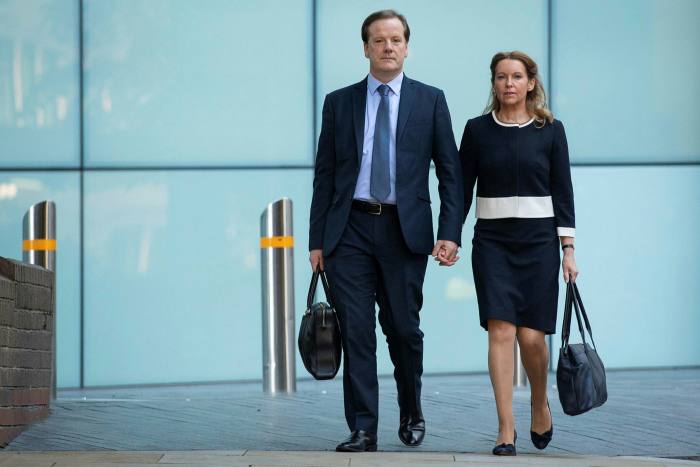 The MP, who is not being named because of privacy concerns, was taken into custody in east London after an investigation was launched into four alleged incidents. The accuser worked in the Palace of Westminster and told police that the politician abused her on multiple occasions. In a statement, the Metropolitan Police said: “On Friday, 31 July, the Metropolitan Police service received allegations relating to four separate incidents involving allegations of sexual offences and assault.

“These offences are alleged to have occurred at addresses in Westminster, Lambeth and Hackney between July 2019 and January 2020. The Met has launched an investigation into the allegations. “A man in his 50s was arrested on Saturday 1 August on suspicion of rape. He has been released on bail to return on a date in mid-August.” Mark Spencer, chief whip, opted not to suspend the MP from the party.

In a statement, his spokesperson said: “These are serious allegations and it is right that they are investigated fully. The whip has not been suspended. This decision will be reviewed once the police investigation has been concluded.” [The decision not to withdraw the whip] is an appalling decision that sends a message that the Conservative party do not take either their safeguarding responsibility or people who come forward seriously Jess Phillips But Jess Phillips, a shadow Labour minister, said it was “shocking” that the Conservative party had not withdrawn the whip.

“This is an appalling decision that sends a message that the Conservative party do not take either their safeguarding responsibility or people who come forward seriously. “I hope that decent Tories privately contact Number 10 and their whips and express their disgust.” Dave Penman, head of the FDA trade union, described the party’s decision as “extraordinary”.

“In any other employment context, suspension would be immediate: it is not a matter of guilt or innocence at this stage,” he said. Conservative MP Douglas Ross, who is standing for the leadership of the Scottish Tory party, said on Sunday: “These are extremely serious allegations and they have to be investigated thoroughly.” According to the Sunday Times, a fellow MP raised the allegations with Mr Spencer and Jacob Rees-Mogg, leader of the House of Commons, a month ago after speaking to the complainant.

Related to this article  Police rule out rape case in the death of a woman.

The newspaper said that the victim spoke to the chief whip directly but no further action was taken. The newspaper reported that Mr Spencer did not believe a sexual assault was reported to him during the conversation. Mr Spencer’s spokesperson he “takes all allegations of harassment and abuse extremely seriously and has strongly encouraged anybody who has approached him to contact the appropriate authorities, including Parliament’s Independent Complaints and Grievance Scheme, which can formally carry out independent and confidential investigations”.

A spokesperson for Mr Rees-Mogg declined to comment, pointing to the statements by Mr Spencer and the Conservative party. According to the Sunday Times, the accuser reported the matter to parliament’s complaints and grievance scheme earlier this year, but decided to escalate it to police recently. She first approached the police on Friday evening and gave a lengthy interview on Saturday. The newspaper reported that the alleged victim said the MP assaulted her and forced her into sex, requiring a visit to hospital.

Charlie and Natalie Elphicke © Dominic Lipinski/PA The allegations follow the conviction of Charlie Elphicke, a former Tory whip, who was found guilty last week of three charges of sexual assault between 2007 and 2016. Mr Elphicke was suspended from the party after the “serious allegations” were referred to the police.

Another Conservative MP, Rob Roberts, is under a parliamentary investigation for allegations of misconduct, after text messages allegedly sent by him suggested he invited a female intern to “fool around” with him. The Conservative party said in a statement: “We take all allegations of this nature extremely seriously. As this matter is in the hands of the police, it would be inappropriate to comment further.”

Previous Man accused of raping minor, tells court it was frame-up.
Next 3 Non-Sexual Qualities That Make A Man Attractive