Breaking News
Home / RAPE / Outrage as girl, 6, dies after being kidnapped and raped.

A six-year-old girl has died in hospital after being kidnapped and raped, sparking furious protests.

The victim was attacked in the city of Iglas in the northern Indian state of Uttar Pradesh in September, 2020.

She was treated at a hospital in Delhi but tragically passed away today, October 6.

The distraught family members have since placed her body in the road and protesters have blocked traffic. 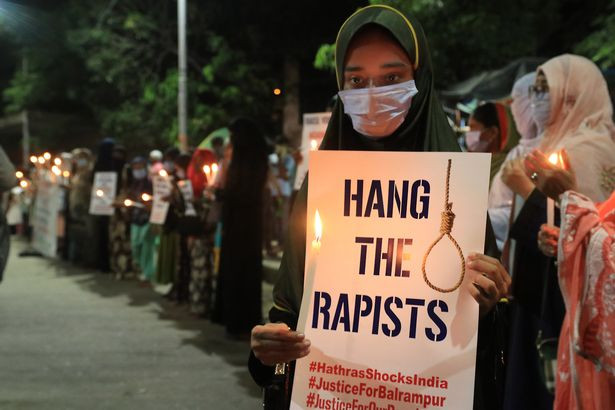 They say they will not perform the last rites until the perpetrator is caught.

No arrests have yet been made.

Uttar Pradesh, which is governed by Prime Minister Narendra Modi’s Bharatiya Janata Party (BJP), ranks as the most unsafe state for women in the country.

Related to this article  Police rule out rape case in the death of a woman.
girl kidnapped protest raped 2020-10-06
Chinedu Eze

Previous Man, 21, arrested for allegedly defiling 13-year-old girl.
Next Man called out for having sex with dancer in public.