A South African man has been given two life sentences for murdering and raping a nine-year-old girl.

Philip Mailula, 27, from Mpulanga, was handed the sentences at Mbokola magistrate’s court on Friday, September 18.  He pleaded guilty.

According to police spokesman, Sgt Tlaki Matemane, Mailula took Bawinile Khoza to the bush in Mmametlhake in December 2017 and raped her.

“He then decided to end the life of a girl, strangled her and dumped the lifeless body at the bush,” said Matemane.

“The accused then returned back to his residential place and did not get peace, became scared and went to report the incident to the local prophetess, who alerted the police.”

Mailula was arrested and linked to the attack on Bawinile through DNA evidence.
Speaking to The Time after the incident, Bawinile’s family said they are still finding it difficult to cope with the loss.

“We feel powerless and our lives have changed for the worse, the pain does not go away,” said the girl’s grandfather, Joseph Mondlana.

“Since this happened her mother, Nozipho, has lost her mind. She stopped eating, talking, laughing or socialising. She went crazy and we had to take her to relatives in Nelspruit, where she will be far from this place and heal.” he added. 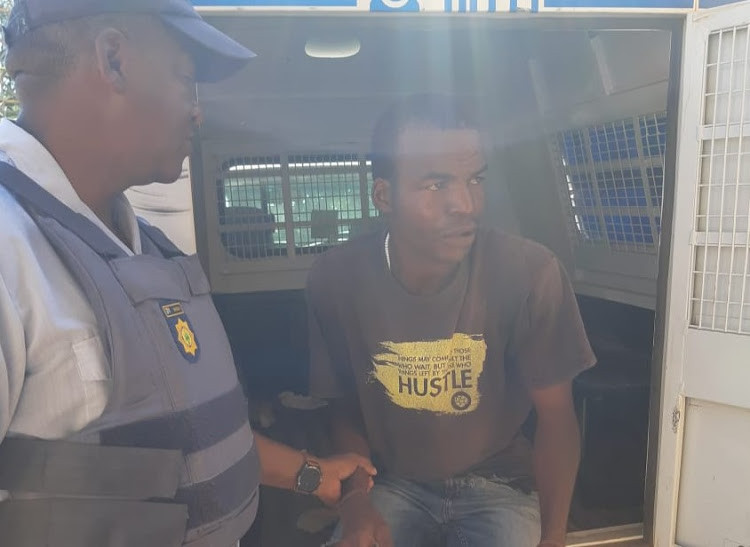 Previous Cheating wife and lover flogged after being caught red-handed having s3x by her husband and his friends.
Next Footballer who beat up his girlfriend with iron bar and forced her to eat paint, joins a new club after being released from jail