Breaking News
Home / GENERAL / IMSU lecturer who was arrested while allegedly trying to sleep with a student, to be probed by management

IMSU lecturer who was arrested while allegedly trying to sleep with a student, to be probed by management

The management of Imo State University (IMSU) in Owerri has reacted to the viral video of one of its lecturers identified as Emmanuel Agumuo, who was arrested while allegedly trying to sleep with one his students.

The Professor and Head of Biochemistry Department in the institution made headlines after a video of him being arrested in a hotel room while naked went viral on social media. He was accused of demanding for money and sex from the student who was planning to get married, to help her upgrade her poor grades. 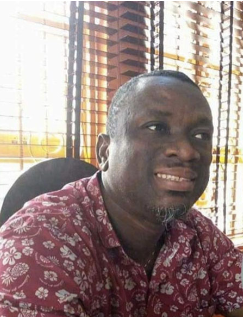 IMSU’s spokesperson, Ralph Obinjoku who reacted to the video said the Professor is currently being probed by the management of the institution. PUNCH also reported that he said the institution prohibits sex-for-mark and will therefore not take the matter for granted.

“We just rose from an expanded management meeting and I want to tell you that a committee has been set up to investigate the authenticity or otherwise of the nude video, which had one of our lecturers.

“The university is not taking the development for granted and the vice-chancellor has asked the committee to do a thorough job. Our university does not tolerate sex-for-mark or any act that lowers the excellent academic standard of our citadel of learning.”