Charity Ngozi Eze, the 20-year-old woman who was raped to death by unidentified persons at Imufu community, Enugu Ezike in Enugu State, has been buried 18 months after her death.

Ngozi was buried on Friday, August 14, in her father’s compound at Orukpa Imufu after a Requiem Mass at the St. Joseph Catholic Church.

Ngozi died on March 26, 2019. She had been living with her parents at Abuja but relocated to her village in Imufu to enable her attend extramural classes for last year’s Unified Tertiary Matriculation Examinations, UTME.

She was reported to have gone for lessons that day at the Township School Ogrute, Enugu Ezike, but went missing afterwards. Her body was later found in a bush behind another Community Secondary School, Imufu, several hours after her family had declared her missing.

Her death angered youths in the community yet her killers have not been made to face justice.

The deceased’s mother, Mrs Eze, has accused the police of a lack of interest in investigating her daughter’s death.

She alleged that the police extorted money from her family and also from the community, yet the police have not fished out her daughter’s killers even after 18 months. 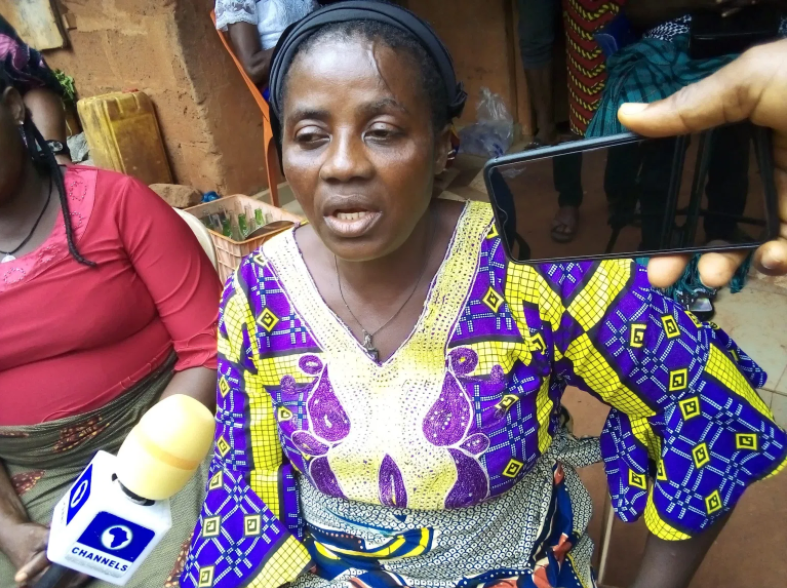 Speaking at her daughter’s burial ceremony on Friday, August 14, she said she was pained when she saw some of the alleged suspects walking scot-free and still challenging the family even before her daughter was buried, Vanguard reports.

Ngozi’s burial pulled a large crowd of sympathisers. Her body arrived at the church in a motorcade, accompanied by hundreds of youths in the community, clad in black attire and singing sorrowful songs to mourn her demise.

Below are photos from the funeral. 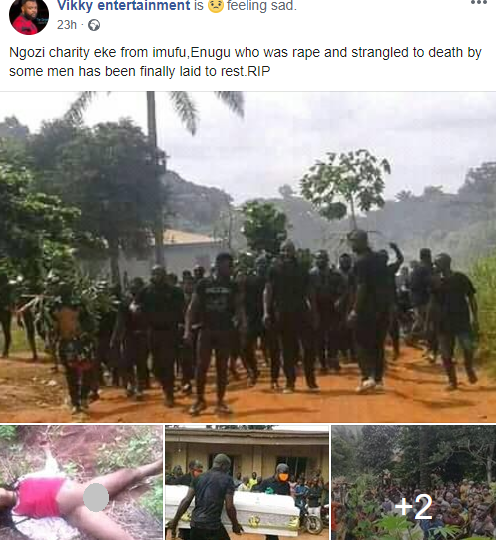 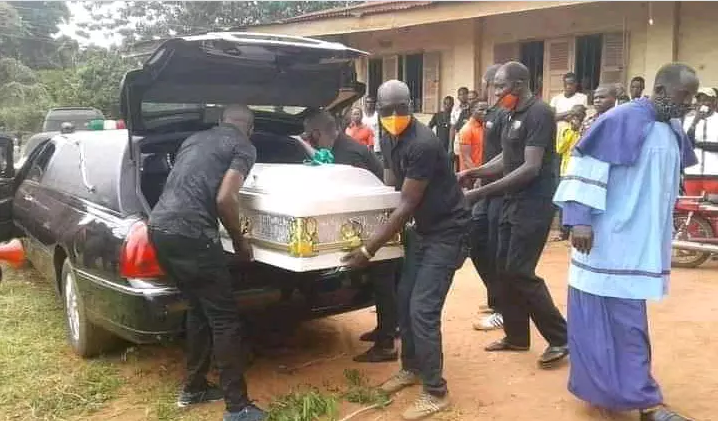 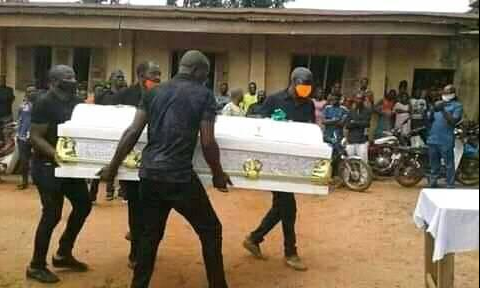 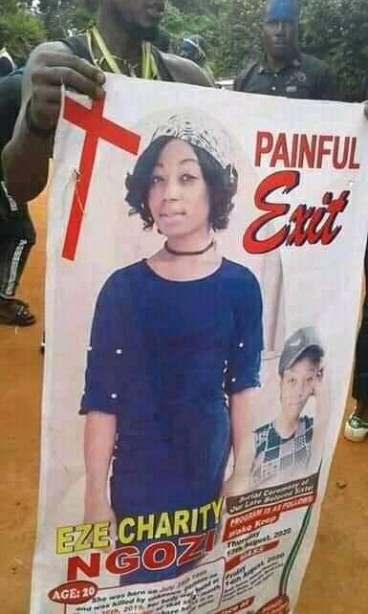 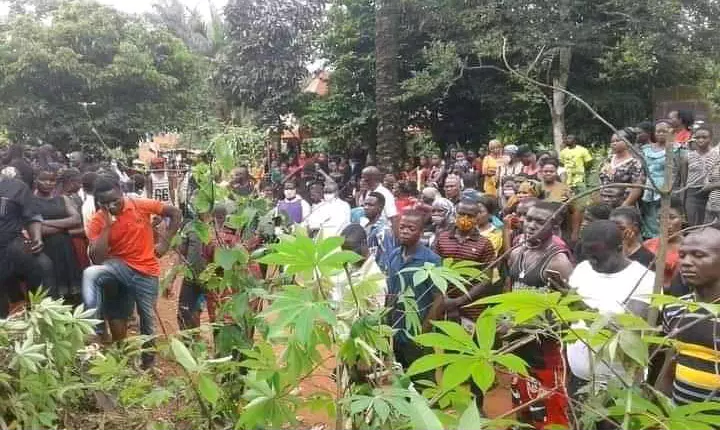 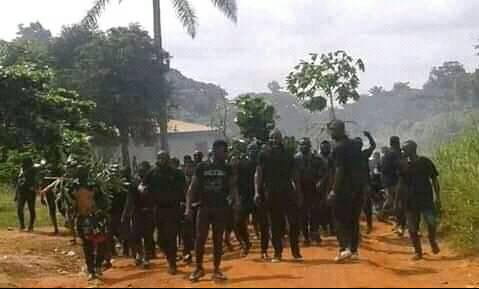 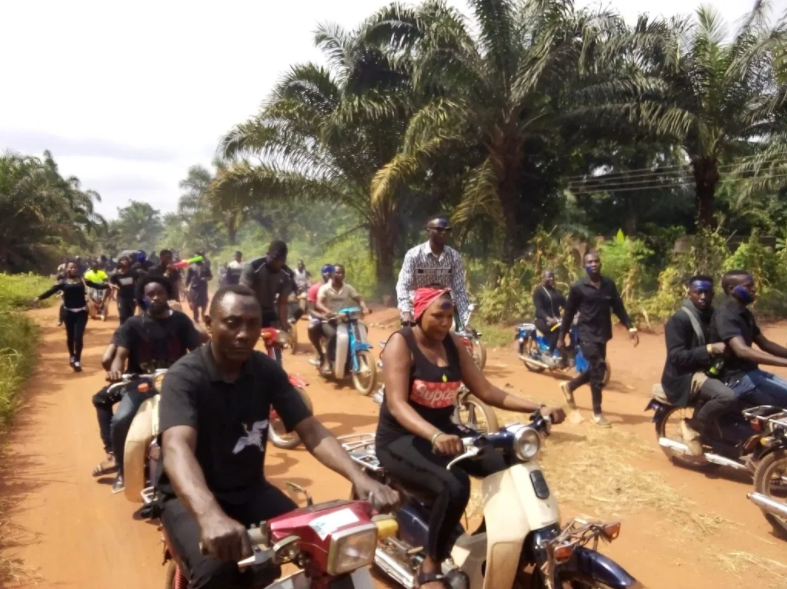 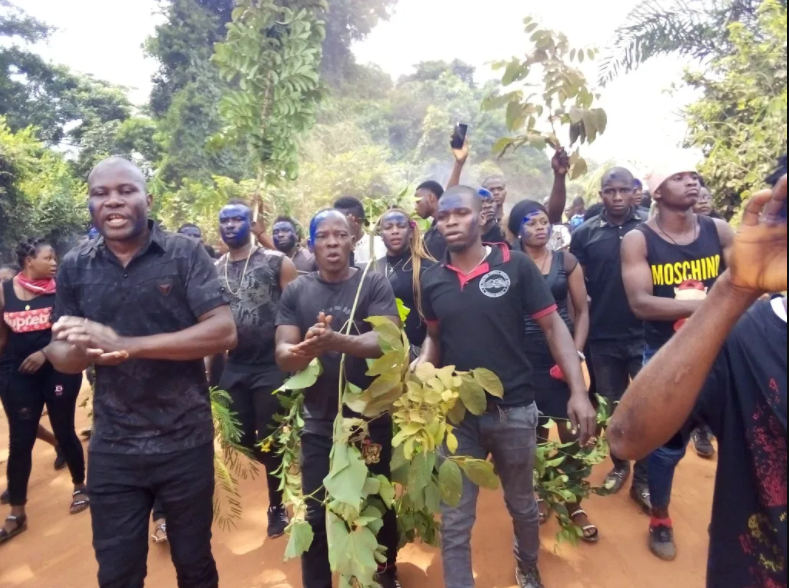 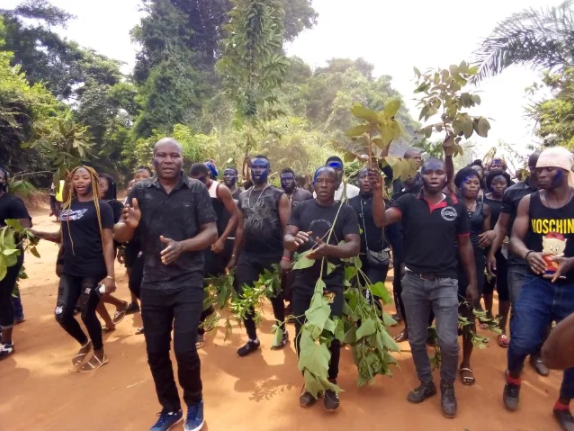