Learn what he really wants in the bedroom and why, with these genius sex tips and advice. 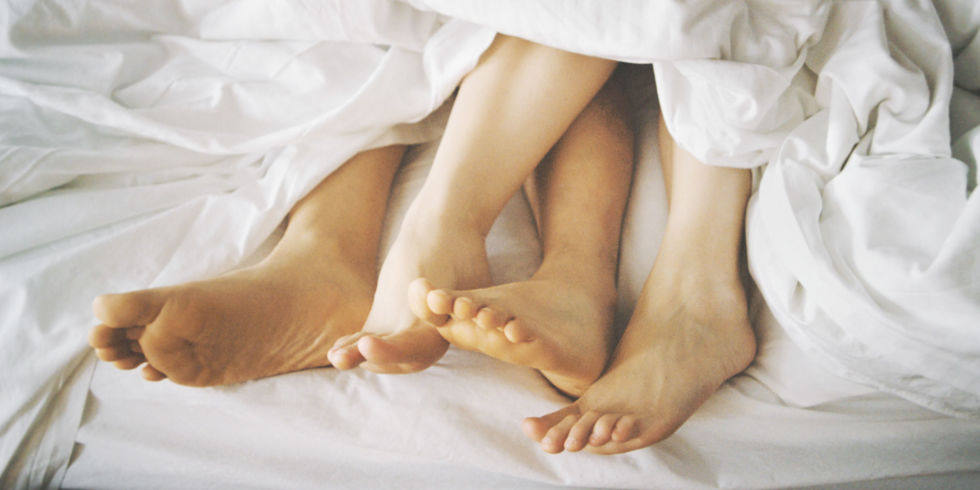 Freud called female sexuality “the dark continent”; if that’s true, male sexuality could qualify as the dark planet. But when it comes to sex, guys are simple, right? Not true. The bedroom is one of the great stages of male performance, and as such, what you see and hear is typically the role, not the reality. It’s no wonder, in trying to please the actor, a woman loses sight of a guy’s true identity. Here are 10 “unmasking” facts you may want to know:

1. We Respond to Praise

…but not for the reason you think! Studies have shown that boys are more affectionate, even more expressive, than girls until they reach school age. At that time, social repression begins—of words, thoughts, feelings—and our desire for human connection goes underground. So taboo is this desire for intimacy that its possibility can terrify men—not because it’s smothering, but because we realize how desperate we are for it. What’s a woman to do? First, understand that your guy’s hasty retreat post-sex may be about his own shock at how much he craves a connection with you (and how much he’s denied it in life). Then, retreat a little yourself. This gives him time to see that his boyhood habits are, in fact, perfectly manly.

3. We Appreciate Sex for Sex’s Sake

Having said that about intimacy, sometimes a little “throw-me-down sex” is the right medicine. According to Joe Kort, PhD, a psychotherapist and sexologist, “Men want their wives to enjoy raw sex, not just endure it or take it personally. For men, it’s not about dominating a woman, but ravishing her.” On occasion, try letting him ravish you.

The penis gets all the press, but men have “many erogenous zones,” says psychologist Melodie Schaefer, PsyD. “Men tend not to correct women because they’re afraid women will shut down and not touch them at all. But there are many places a woman should touch.” Like the chest, the inner thighs and face. Two other key areas: Gently gripping a man’s testicles can be a real turn-on, as it blends control with release. Also, stimulating the perineum, the area between the scrotum and anus, will heighten pleasure during oral sex.

“Men want to share their fantasies but worry their wives will shame or judge them,” says Dr. Kort. Similarly, Dr. Schaefer reports that men wish women would reveal their imaginings. Want to open yourself to these possibilities? Try making a game of it. First, and most important, promise not to judge the other; then, privately write out scenarios that have tantalized you and place them in a box. When you are next intimate, pull one out. If you’re both comfortable, give it a shot. If not, Dr. Kort recommends asking the author a key question: What about this fantasy do you like? Sometimes, its themes can be addressed in different, more comfortable scenarios.

Talking during sex stimulates more than our ears. What kind of talk? Dirty, praising and instructive are great starts. As amusing as it may sound, a woman’s words can make a guy feel as potent and virile as a Roman gladiator, even if he’s a suburban banker.

7. We Need Your Honesty

Sex can solve the stresses of a relationship, but it’s often where the stresses show up. If we complain about a lack of sex (or your doing certain things only on our birthday), we may be overlooking serious issues that underpin such withholding. We need you to enlighten us. The male ego is often tied to sex, so it’s easy for us to dismiss bedroom problems as female disinterest rather than issues we have a part in. Avoiding these problems, however, only perpetuates your feeling unseen and our frustration.

8. We Enjoy the Dance

Men like a good quest; unfortunately, these days, there are so few. But romance earns that distinction. Allow us to court you; make us deserve your desire. Dr. Kort makes an additional point: “Emotional intimacy is about closeness, but sustaining sexual desire demands a certain amount of distance.” How do couples strike this tricky balance? By allowing each partner to have what he calls “separate sexuality”: a sexual life that doesn’t include, but doesn’t betray, the other. “For him, that might mean allowing his wife to use toys or letting other men look at her; for her, it might be permitting him to watch pornography in order to experience a fantasy.” Such indulgences help maintain the balance of desire and devotion for both parties.

9. We Can Explain Pornography

Related to this article  How do I resume sex after years of abstaining?

Finding a spouse using pornography is a top reason couples seek counsel, says Dr. Kort, but it shouldn’t be overreacted to or pathologized. A few things to clear up: 1. Sex addicts represent only 4 percent of the population, so it’s unlikely your man is one. 2. Because childhood experiences influence sexuality as an adult, people are very idiosyncratic about what turns them on. In other words, says Dr. Kort, “no woman can, nor should she, be everything to a man.” Still, the question remains: How does a woman not take pornography personally? First, determine if your mate is compulsive, or can only have sex, with pornography. If so, you may want to seek counseling. If not, Dr. Kort recommends taking the secrecy out of pornography by discussing it. Use the lens of “what about it turns him on versus what turns you off.” That way, a dialogue is created that allows for honesty, dignity and closeness.

10. We Always Need It, But Not for the Reason You Think

Men are accused of being sexually insatiable, but women should rethink this. “Men see sex as a celebration,” says Dr. Schaefer. “They wish women would take more of a ‘carpe diem’ approach to it. We move through life at the speed of sound, with multiplying challenges and pressures. It’s easy to allow demands on our time and energy to rob us of the joy, pleasure and opportunity that sex affords us. On the long list of priorities, it should not be on the bottom rung.” If that doesn’t make you want to “seize the day” (or something else), consider the health benefits: Orgasms release oxytocin, which has been called the “bonding hormone,” bringing couples closer together while it alleviates anxiety and stress, reduces blood pressure and promotes healing.