A former Mpumalanga MEC of Finance and Economic Development has been arrested for allegedly raping his 2 daughters. 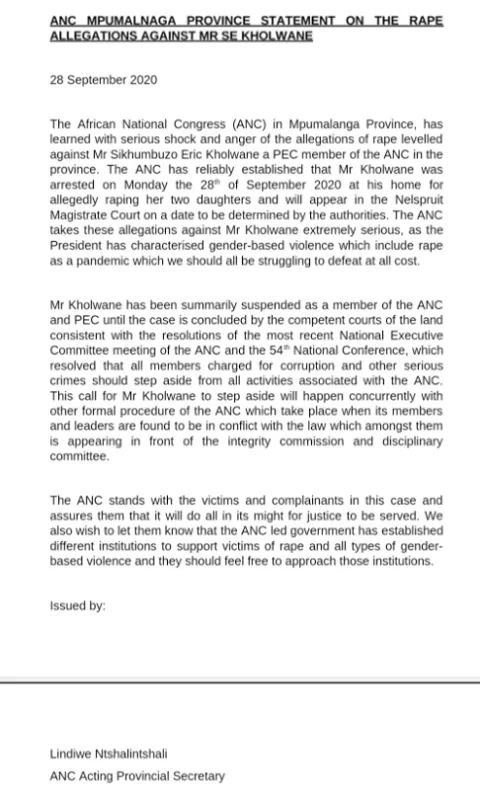 In a statement on Monday, September 28, the acting provincial secretary of the ANC Lindiwe Ntshalintshali said the suspect identified as Sikhumbuzo Eric Kholwane, was arrested at his home and would appear in the Nelspruit magistrate’s court soon.

Ntshalintshali said the member have since been suspended from the party.

“He has been summarily suspended as a member of the ANC and PEC until the case is concluded by the competent court, consistent with the resolutions of the most recent national executive committee meeting of the ANC and the 54th national conference, which resolved that all members charged for corruption and other serious crimes should step aside from all activities associated with the ANC,” she said in a statement.

The party said it viewed the allegations seriously and threw its weight behind the victims.
Police could not immediately be reached for further details.

It was not the first time the suspect had been implicated in rape allegations. He was previously arrested after a woman accused him of rape but he denied the allegation, claiming that the encounter had been consensual. The charges were later withdrawn by the state. 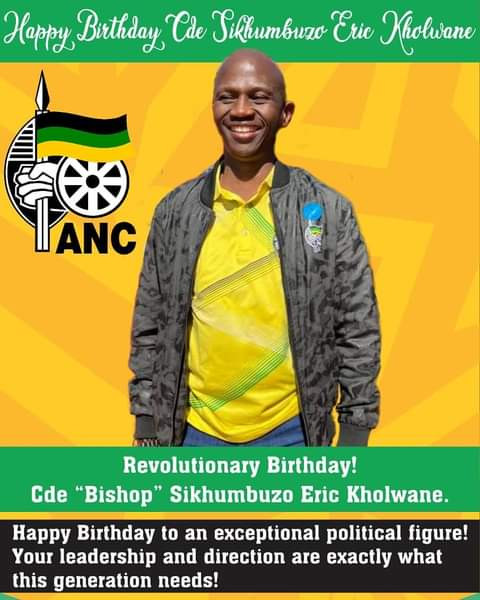 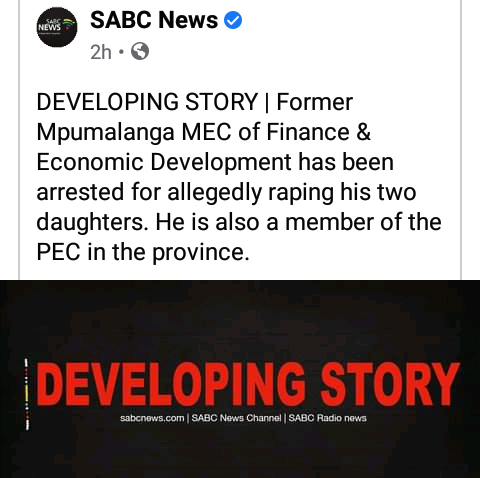