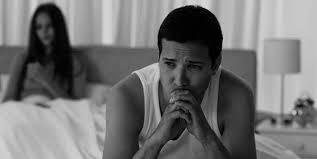 I have been fighting live battles, with some male chauvinist, who think that infertility and inability of women to conceive male children are the sole responsibility of women. One incontrovertible medical evidence is that only males determine the sex of their babies. Some die hard males, called science a liar.
For fellow men out there, you should give a damn about the feelings of your wives. Please read this first and remove the log in your own eye, before talking off the speck in your wife’s eye.
It is a medical fact, that 30 – 40% of infertility cases is caused by men. This is why it is essential to have a sperm count before starting infertility treatment for the woman. We should not just assume it is the woman’s problem.
Check that;
i) Check that you are producing at least 20 million per millilitre of ejaculate.

iv) If the sperm looks normal, a specialist may perform a post-coital test, that is sampling sperm from vagina after intercourse. This shows whether the spermatozoa are surviving, because it can happen that the woman’s antibodies are killing off the sperm.

Other things to check are:
a) Are you having intercourse properly with penetration, and to the point of ejaculation?

b) Are you having intercourse regularly, say two to three times a week?

c) Is intercourse at the best time of the woman’s cycle i.e around the time of release of eggs during ovulation, which is the mid-cycle, about 14 days from the first day of menstruation?

d) For unknown reasons, the average male sperm count is falling. The reasons are controversial and not well established.

e) Infertility is a traumatic experience for couples. Try to be supportive towards each other and optimistic, yet realistic. Sadly about 50% of infertile couples would remain infertile.

Other factors affecting infertility.
• You must have your testicles examined. The doctor will check that they are normal in size, and feel at the back for a varicocoele (like a collection of varicose veins) , which decreases fertility.
• Heavy drinking affects fertility(it increases desires, but reduces arousal and performance). Heavy smoking also affects fertility.
• From the concentration, shape and mobility of spermatozoa, it is possible to make a general estimate of the likely fertility of a man’s sperm production.

Causes of poor sperm production include ;
a) Heat around the testicles, due to tight under clothing, obesity or poor working conditions.
b) Factors deleterious to general health and well being, inadequate motivation in life and lack of exercise.
c) Excessive drinking and smoking. Excessive consumption of food especially very fatty food.
d) Too prolonged abstinence from sex with one’s spouse, with the erroneous belief that this will increase sperm counts, rather it increases the number of abnormal sperms.

To boost sperm count:
i) You must keep your testicles cooler – wear loose fitting pants and trousers.
ii) Do not have intercourse too often(but not prolonged abstinence), sperm count recovers on average every 3 days from ejaculation, and reaches its peak at 5 to 7 days.
iii) Alter your technique, try a different position for intercourse, that might deliver sperm close to the cervix (though lying face-to-face is usually the best to achieve this).
iv) Get help for impotence(failure to achieve a satisfactory erection).
v) Some antibiotics may improve sperm counts – doxycycline is under research, and currently being used for this purpose, although some experts dispute this.

What of male hormones?
• Much mythology surrounds this. They are popular as a boost to libido(sexual desire), and impotence. However, there is no scientific evidence to support their use, except in the case of true male hormone deficiency, established by sophisticated hormone tests. Whatever benefit men get from it is probably through a placebo effect.
Artificial insemination
These rapidly changing techniques have become the in-thing, we use your own sperm or donor sperm to fertilise an egg from your spouse. Fertilisation takes place in a test tube (In Vitro Fertilisation-IVF), and the fertilised egg is then implanted into your spouse.

Dealing with childlessness
¤ Couples usually feel devastated about this. It is one of the hardest issues relationship has to face.
¤ Both sides feel confused, upset and scared that this problem will force them apart as a couple. Initially, they may not want to tell people, or be around other people’s babies and children.
¤ It is natural to need time together to mourn the loss of the children they imagined they would have had, and to think about their future as a childless couple. They need to confirm their love for each other, and to remember how important it is to hang onto what they have built over the years together.

Coming to terms with childlessness.
• If the whole future is not to be marred by this quirk of biology, then there would come a point, when couples just have to accept that nature, even supplemented by technology, is not going to be changed and allow themselves to move to the next stage of their lives.
• It may no longer be possible to have their own child, they can always consider the possibility of adopting or fostering a baby. They can also channel their energies to other forms of recreation, artistic or intellectual.

Dealing with other people’s reactions.
* You may always have to face a variety of crass comments from other people, who will tell you to think of all the supposed emotional advantage of remaining childless.
* How you will have more time for each other or develop new interests and so on. Or, they will point out the financial advantages, then mock you behind for inability to conceive.
* Lastly support each other emotionally, no matter the scorn.