It’s a myth that women don’t want sex as they age.

a myth that women lose interest in sex as they enter midlife and beyond, according to new research that followed over 3,200 women for approximately 15 years.

“About a quarter of women rate sex as very important, regardless of their age,” said Dr. Holly Thomas, lead author of an abstract being presented during the 2020 virtual annual meeting of The North American Menopause Society, which opens on Monday, September 28.
“The study showed substantial numbers of women still highly value sex, even as they get older, and it’s not abnormal,” said Thomas, an assistant professor of medicine at the University of Pittsburgh.
“If women are able to speak up with their partner and make sure that they’re having sex that’s fulfilling and pleasurable to them, then they’re more likely to rate it as highly important as they get older,” she said.

10 health benefits of having more sex
“That’s actually quite refreshing, that there were a quarter of women for whom sex remains not just on the radar but highly important,” said Dr. Stephanie Faubion, medical director for NAMS, who was not involved in the study.
“Studies like these provide valuable insights to health care providers who may otherwise dismiss a woman’s waning sexual desire as a natural part of aging,” she said.

It’s true that past studies have found that women tend to lose interest in sex as they age. But women’s health practitioners say that attitude doesn’t jibe with the reality they see.
“Some of the prior studies had suggested that sex goes downhill and all women lose interest in sex as they get older,” Thomas said. “That really isn’t the type of story that I hear from all my patients.” 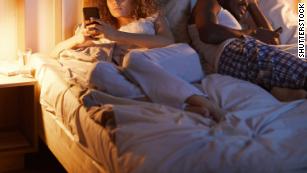 Sex gets complicated during the pandemic
One issue, she said, is that past studies took a single snapshot of a woman’s desire at one point in her life and compared that to similar snapshots in later decades of life.
“That type of longitudinal study would just show averages over time,” Thomas said. “And if you look at things on average, it may look like everyone follows one path.”
Thomas said the new study used a different type of analysis that allowed researchers to follow the trajectory of a woman’s desire over time.
“We wanted to use this different type of technique to see if there really were these different patterns,” Thomas said. “And when you look for these trajectories, you see there are significant groups of women who follow another path.”

The research, which analyzed data from a national multi-site study called SWAN, or the Study of Women’s Health Across the Nation, found three distinct pathways in a woman’s feelings about the importance of sex. 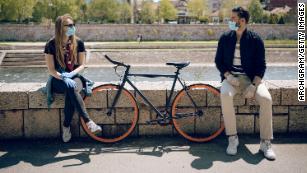 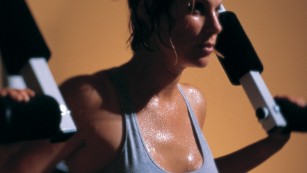 More intense exercise linked to a better sex life, exploratory study says
Women in the study who highly valued sex shared the following characteristics: They were more highly educated, they were less depressed, and they had experienced better sexual satisfaction before entering midlife.
“Women who were having more satisfying sex when they were in their 40s were more likely to continue to highly value sex as they got older,” Thomas said.
There could also be socioeconomic factors at play, she added. For example, more highly educated women may have higher incomes and feel more stable in their lives with less stress.
“Therefore they have more headspace to make sex a priority because they’re not worrying about other things,” Thomas said.
The study found another factor that was important to both lower-interest and high-interest pathways — race and ethnicity. 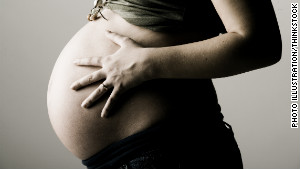 A woman’s reproductive tract can weed out unwanted sperm after sex, studies find
African American women were more likely to say sex was important to them for the duration of midlife, while Chinese and Japanese women were more likely to rate sex as having low importance throughout their midlife years.
“I do want to emphasize that it’s much more likely to be due to socio-cultural factors than any biological factor,” Thomas said. “Women from different cultural groups have different attitudes … different comfort levels about getting older … and whether it’s ‘normal’ for a woman to continue to value sex as she gets older.”

The majority of women (48%) fell into a third pathway: They valued a healthy sex life as they entered the menopausal years but gradually lost interest throughout their 50s or 60s.
There are a number of emotional, physical and psychological factors that might affect how a woman views sex, experts say. Most can be divided into four categories:
Medical conditions: As women enter perimenopause in their 40s and 50s, they begin to experience hormonal changes that can cause sex to become less satisfying or even painful.

Penis microbes may contribute to a common yet serious vaginal infection, study finds
The drop in estrogen causes the vulva and vaginal tissues to become thinner, drier and more easily broken, bruised or irritated. Arousal can become more difficult. Hot flashes and other signs of menopause can impact mood and sleep quality, leading to fatigue, anxiety, irritability, brain fog and depression.
Many medical conditions can arise or worsen during midlife that can also affect libido.
“Do they have medical conditions like hip arthritis that cause pain with sex? Or hand arthritis that can make it more difficult? Or things like diabetes where their sensation is not the same or do they have heart disease?” Faubion asked.
“But there are modifications that we talk about all the time to help people remain sexual, even for quadriplegics,” she said. “There are ways to stay sexual despite disability.”
Mental and emotional considerations: The psychological component of sex can have a huge influence on a woman’s levels of sexual desire. A history of sexual or physical abuse, struggles with substance abuse and depression, anxiety and stress are major players in this category.
“I can’t tell you enough about the impact of anxiety and stress on sex,” Faubion said. “Think of that fight or flight mechanism — your adrenaline’s pumping so you’re back in caveman days and a lion is chasing you. 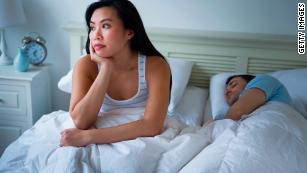 Lack of sleep may be ruining your sex life
“Are you going to lie down on the grassy knoll and have sex when the lion is chasing you? The answer is no. And that’s how women with anxiety are all the time, so anxiety is a huge, huge factor for whether women will be sexual.”
While the study did not look specifically at anxiety, results showed women with more symptoms of depression were much less likely to rate sex as a priority in life. In addition to the emotional impact, a reduced libido is a side effect of many antidepressants prescribed to treat depression.
Partner component: Women in midlife can also face dramatic and disturbing changes in their romantic lives that can take a major toll on their interest in sex.
“Are they losing a romantic partner to divorce or to death? Is a romantic partner developing health issues that makes sex more difficult or inconvenient? Are they getting busy in other aspects of their life — their career, caring for grandchildren, or even grown children who are moving back in? That makes it hard to prioritize sex,” Thomas said.
Even if they have a partner, relationships may have had ups and downs that can affect how a women feels about intimacy with their significant other.
“Do you like your partner?” Faubion asked. “Is your communication good? Even logistics can get in the way — are you in the same place at the same time?”
Social mores: Society also affects how a woman feels about sex. Religious, cultural and family values about the topic can play a large role in sexual ease and satisfaction.
“Then there’s what society teaches us about aging women,” Faubion said. “And so for some women being sexual is somehow bad. Women aren’t supposed to like sex.”
“I’ve see plenty of women in my clinic in the 60 to 65 age group who never got any sex education, their partners never got any sex education, and they don’t really want to know about all that stuff.”

What’s to be done?

Of course, if a woman isn’t bothered by a lack of sex, then there’s no reason to see a doctor, Faubion and Thomas stressed. But they both said that past studies have shown that about 10% to 15% of women who do have a lower interest in sex are bothered by it and would like to seek a solution.
Get CNN Health’s weekly newsletter
There are many ways in which physicians can help, including medications and therapies, but first a woman must reach out and talk to her doctor.
“Prior research has shown that women often really do hesitate to reach out to their doctors, perhaps because they’re embarrassed or they see it as part of normal aging and and don’t think it’s worth bringing up,” Thomas said.
“Bottom line: Women should talk to their providers if they’re having concerns about their sexual health,” Faubion said. “It’s an important part of life, and there are solutions for women who are struggling with that.”
source
Related to this article  Male infertility
midlife myth research sex 2020-10-02
Chinedu Eze

Previous WHO to probe ‘sexual exploitation’ by aid workers.
Next Police rule out rape case in the death of a woman.