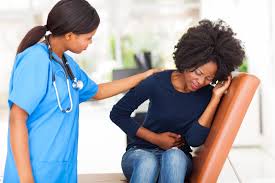 Some residents of the Federal Capital Territory have called for a law that will allow female employees in Nigeria to have a day off work to observe their menstrual period each month.

The residents made the call in separate interviews with the News Agency of Nigeria  in Abuja recently.

The call is coming on the heels of a similar law recently enacted by the Zambian Government, which requires employers to give female employees a day off during their menstrual cycle to properly take care of themselves.

The concept, popularly known as ‘Menstrual Leave,’ has been adopted by countries like South Korea, Taiwan, Japan, and the United Kingdom, among others, to ensure productivity and good health of employees.

Some of the residents gave reasons why they support the idea.

Mr. Asaf Johnson, an accountant lauded the idea behind the law, adding that it would help women to be more productive at work.

“As a man, I will never know how women feel when they are at that time of the month, but I always feel sorry for them.

“It is obvious most of the time when women are on their period because they mostly tend to have mood swings or be highly emotional and some tend to be victims of embarrassing moments.

“A day or two off will be okay for them to rest so they can come back to work refreshed and confident, which will make them productive.

“However, I believe many men will see this to be unfair, especially as women are asking for equal rights in the workplace.’’

Mrs. Tolu Olusemire, a civil servant, said, “This is a very good idea because many of us women have to take so many pain killers to survive the cycle while working and that is bad for our health.”

“I have a 19-year-old daughter who suffers from extreme cramps during her cycle and she sometimes gets hospitalised and there are many women who suffer the same predicament.

“She has missed exams and important events or programmes because of this condition and I wonder to myself how she will be able to cope when she gets a job.

“Many women already tell a lie or two to avoid coming to work on those days because they know they won’t be productive at work and feel the need to stay at home. So, this law is very much needed in Nigeria.”

Mr. David Kalio, another civil servant, said the law would prevent women from jeopardising their health.

“I have three sisters and a number of close female friends, so I know the importance of this monthly day off to be incorporated in our corporate system.

“I know nothing about cramps, but watching my sisters go through the pain every month was really sad.

“Two of my sisters happen to have terrible cramps on the first and second days of their cycle, but they are normally able to manage the remaining two days without serious pains.

“My third sister, however, has terrible pains through the four days of her cycle and she becomes immobile.

“She is unable to eat or move because of the pain and this had once resulted in the use of Analgin injections twice a day throughout her cycle.

“This is a very strong chemical combination which is normally given to patients after serious surgeries.

“We then discovered it was affecting her veins and causing temporary paralysis, so we had to stop that; but the injection was later on banned in Nigeria so she began using Ibuprofen.

“She ends up taking overdose whenever she had an exam or something important and this led to other health problems.

“Such health issues can be prevented if women are given time off work during their cycle.’’

Mrs. Rebecca Odey, owner of Bella Spa, said she had to leave her job because her cycles posed a threat to her performance.

“I worked as a financial analyst for a private firm once, but I always had to skip work for a few days because of the pain I experienced during my cycles.

“It was really affecting my performance and reputation in the office and I felt terrible about my inability to deliver to the best of my ability.

“I began taking overdose of pain killers because the normal dosage was not helping, but after a while, the medications caused me to have ovarian cysts on both of my ovaries.

“They were surgically removed and my doctor asked me to stop taking pain killers so I decided to quit my job and start a small business.

“As a business woman, I see the importance of women resting during their periods and I currently allow my employees take time off but I don’t let it exceed three days,’’ she said.