Nollywood actor, Timini Egbuson has gotten a prominent spot on Nigerian trend list after his girlfriend, Lydia who he was spotted with in a video months ago got dragged on Twitter by his alleged side chic, Toju and her friends.

Lydia had taken the first shot in tweets she shared on Twitter days ago. In the tweets, she talked about “showing she is mad”. 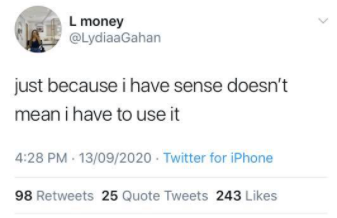 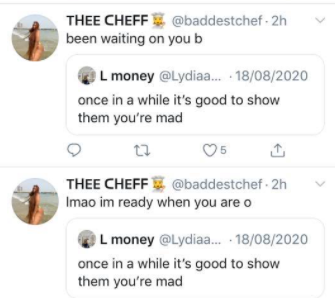 Toju and her friends decided to raise a Twitter storm by going direct with their tweets and counter-threats. They also accused Lydia of fighting for a man “who is for the streets”.

Here are the tweets below; 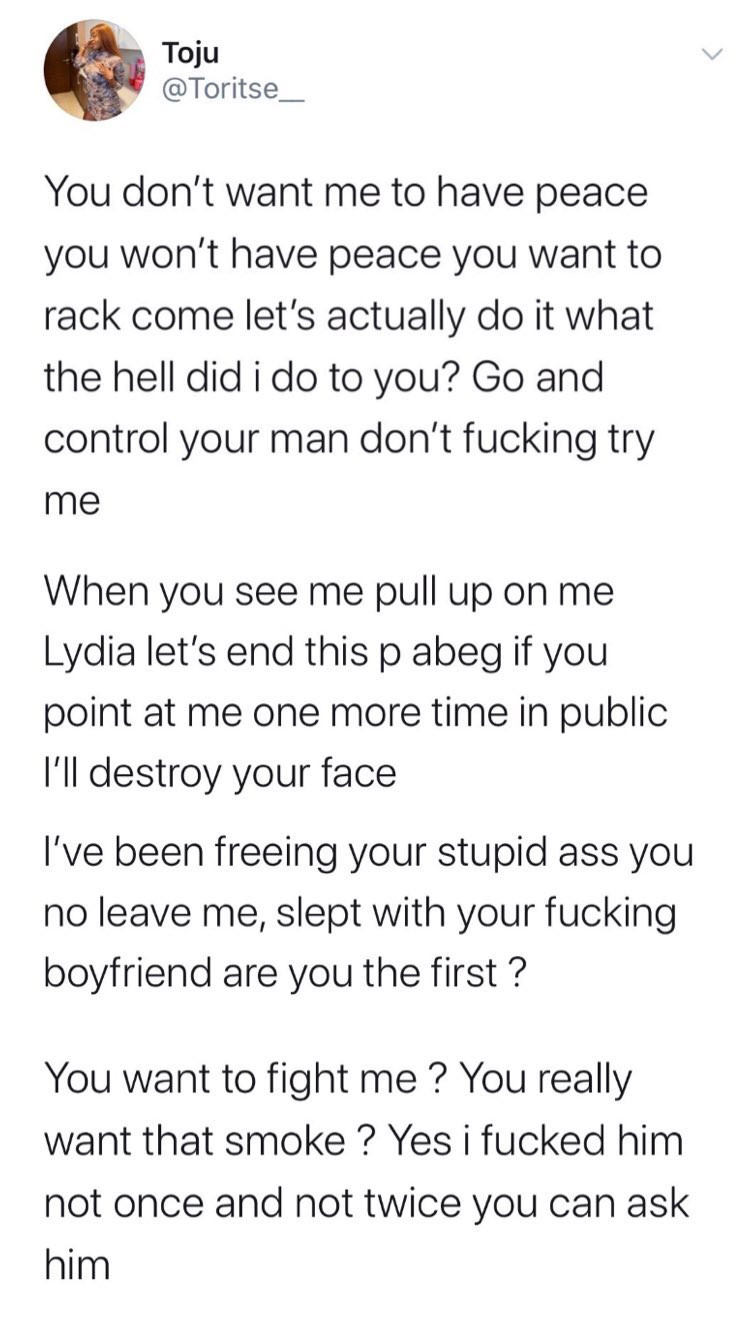 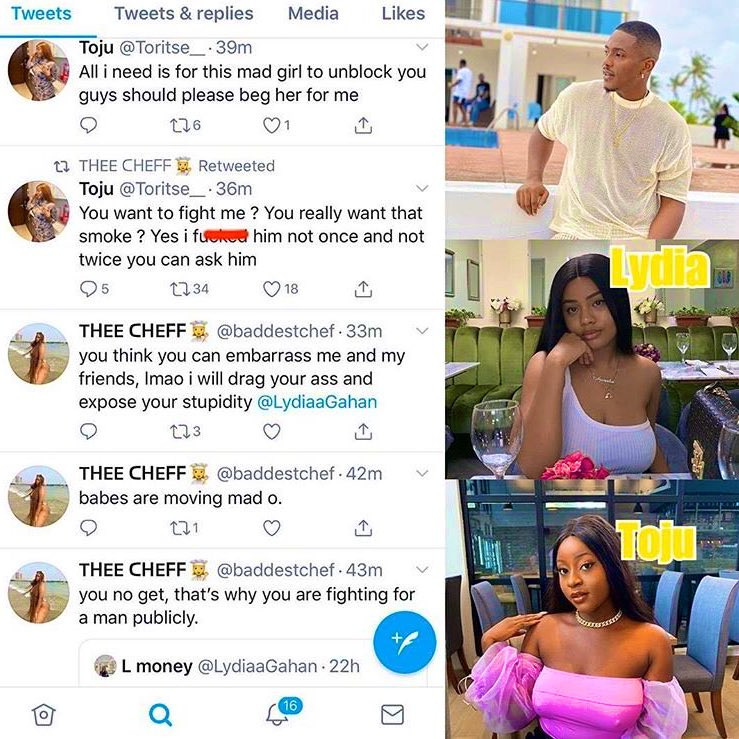 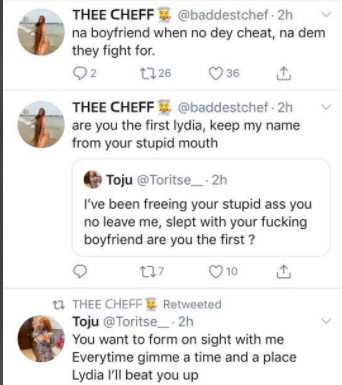 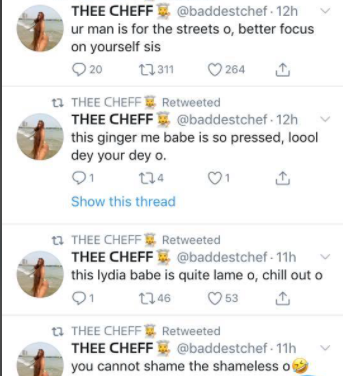 Related to this article  A Young Man is Left Devastated After His Girlfriend Cheated And Dumped Him Cause “He Always Talked About God”.
cheating chick girlfriend trend 2020-09-15
Chinedu Eze