In yet another incident of sexual assault, a 13-year-old girl lost lots of blood after she was brutally raped by a 20-year-old man in Wadata area of Makurdi, the Benue State capital.

It was gathered that the profusely bleeding young girl, who sells a local delicacy in front of her house, was rushed to the hospital after the horiffic ordeal but her current condition is stated to be unstable.

According to activist, Ukan Kurugh, the suspect identified as Ali Usman has been arrested. However, the victim’s family are under pressure to drop the case as they are poor and can’t afford to go to court. 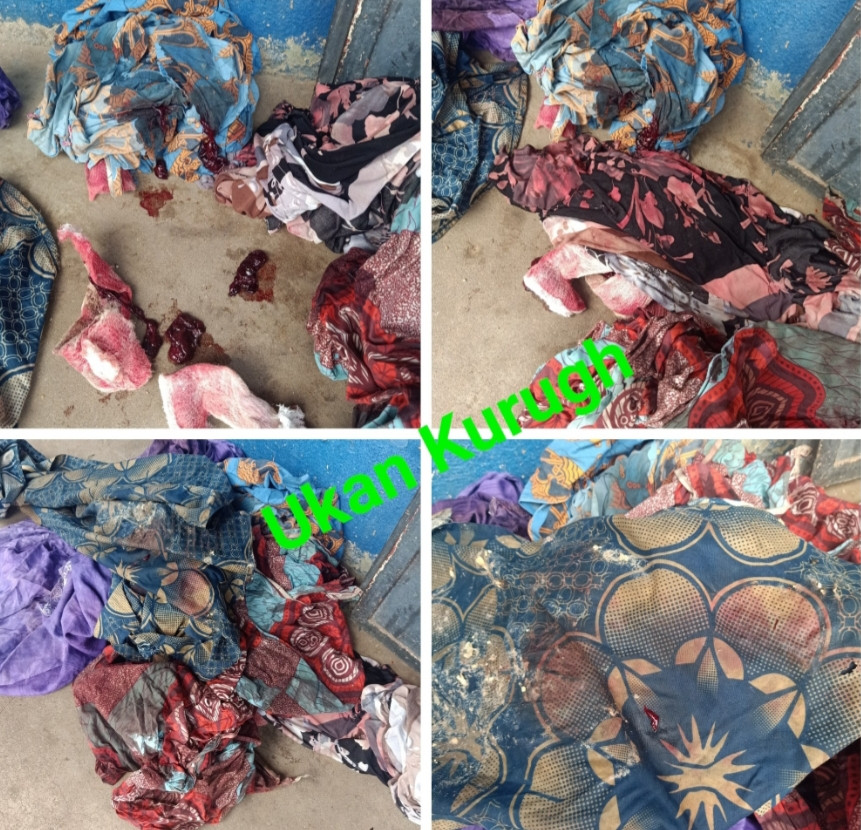 Narrating how the incident, Mr Kurugh said on Sunday evening, October 4, the suspect called the girl to bring him some food. On getting to his door, he dragged her into his room where he brutally raped her. Her scream alerted neighbours who broke into the apartment and found her covered in blood and almost lifeless.

Related to this article  Kogi commissioner, Abdulmumuni Danga to be arraigned in court for rape, torture and coercion after he allegedly assaulted a beauty queen

RAPE! THE UGLY MONSTER IS BENT ON DESTRUCTION. WILL IT DESTROY ALL OUR CHILDREN OR WE WILL KILL IT BEFORE IT DOES? THERE IS YET ANOTHER RAPE OF A MINOR, A 13 YEAR OLD GIRL AT WADATA MAKURDI.

The numerous rape cases especially involving minors have become too rampant and it is not just Sickening and saddening, it is indeed worrisome. Like a raving monster, this act of rape is capable of destroying all our children, none will be safe or spared if we don’t act decisively.

Another rape case has been reported in the Wadata axis of Makurdi. This one is between one Ali Usman, adult of about 20years and a 13year old girl within the same neighborhood.

On this fateful rainy Sunday evening, the little girl who sells a local food called Awara, was selling it in front of the compound when this neighbor called that he wanted to buy.

He asked her to bring it into the room, she had brought it to the door and in the process of handing over the food, the young man dragged her by her hijab, covering her face and mouth, and preventing her cries from being heard outside.

He was so brutal, infact, the crime scene is better imagined than seen. She lost so much blood in the process and was so weak, but she didn’t stop making efforts at screaming even with her mouth gagged up.

Due to the fact that it was raining, her screams couldn’t be easily heard. But with her persistence, the cries finally got to the neighbours and on breaking in, they met her almost lifeless.

She was rushed to the hospital and it was discovered she had lost so much blood. Her PCV was just about 19%.

I was called at the hospital by Mrs Bai and I was able to raise some money for her treatment. The parents had no money on them.

I enquired if they have reported the matter to the police yet, and they answered in the affirmative. The Rapist has been arrested.

I moved them to the Police hospital yesterday where more tests were run on her. I left them after some time and I was later called that she had fainted again, and was rushed to the hospital. Obviously, more damage has been done to her than we can imagine.

The family has no money and is really reluctant in pursuing the case. Infact a family member advised that charges be dropped as they cannot afford to go to Court. But I stopped them, this is not a matter to be left unattended to. Justice has to be pursued, and with all sense of seriousness.

I am using this opportunity to call on FIDA, individuals and all other concerned bodies. This case needs all the support it can get. If this is left in the hands of the girl’s family alone, there may be no case against the rapist and that will make one more monster on the loose, looking for the next available victim. 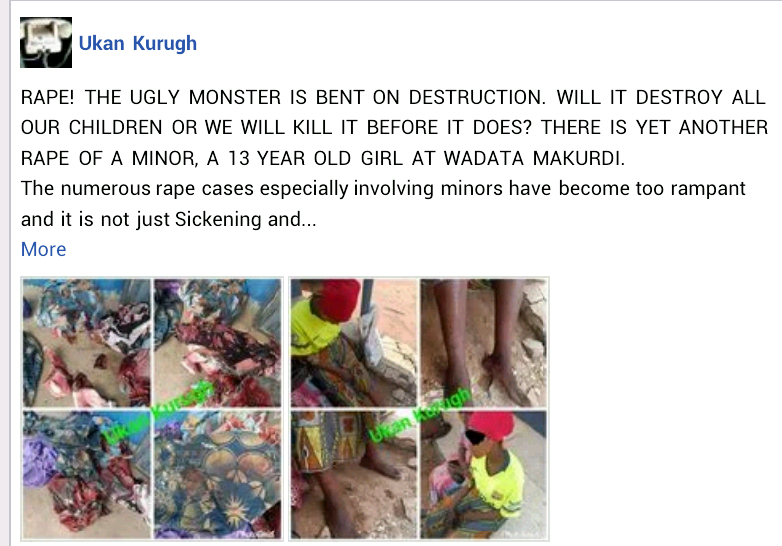 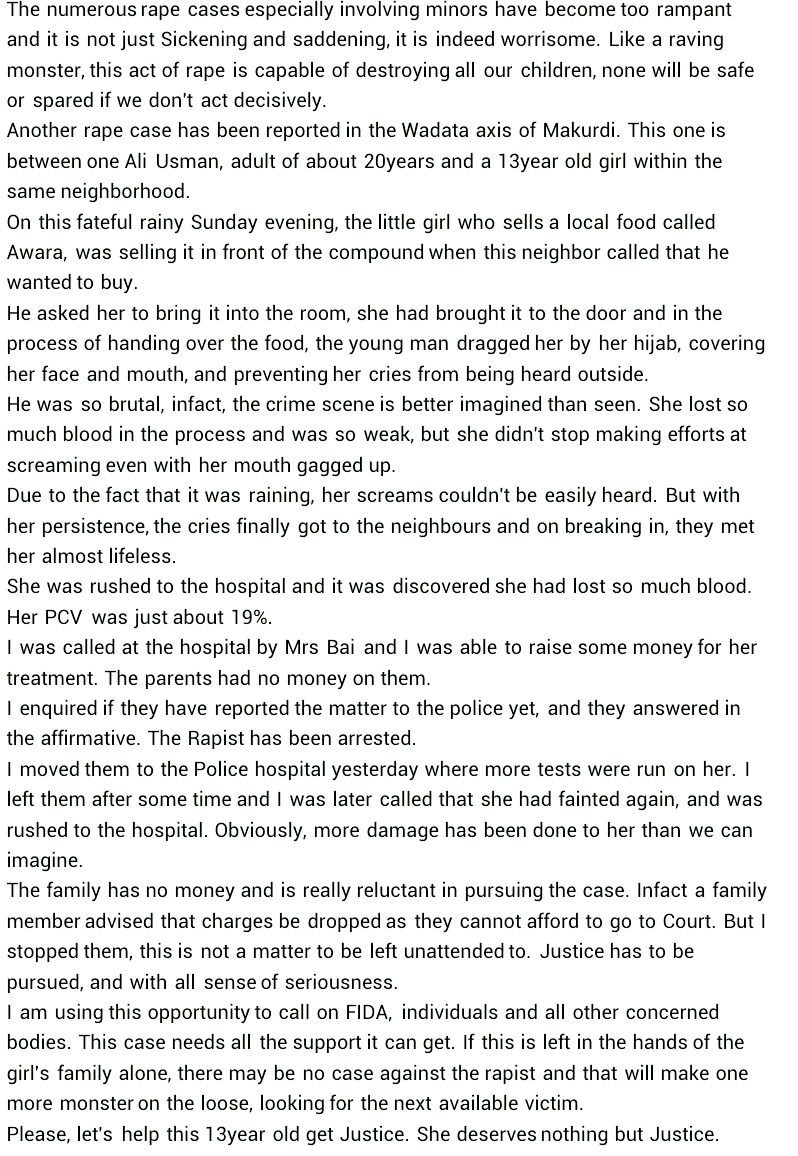 Previous Man jailed for puting hole in condom before sex with 1 woman
Next She’s the most beautiful woman in the world.